Hi, my name is Arjun Shah, and I’m a student at Ascend International School. This is my story about what I noticed about the walls of IES Junior College. I had a few questions and wondered about these murals, what is the story behind these murals? What was their purpose? Who were they targeted to? Who made them? After interviewing a security guard at the gate of the college we found out the answer to a few of the questions and the answers may surprise you.

My original hypothesis was that the purpose of these murals was to encourage students to be more productive, more appreciative, and give the students more motivation as they enter the school. I didn’t know whether the students or staff would have made the mural but I knew that the mural had evidently been there for quite some time as the paint for fading away and even as students walked by they didn’t look at the mural with happiness and shock, they looked at the mural as if it was an regular occurrence.

The reason I thought that the target audience was specifically students entering the school was that students nowadays in this generation have a lot on their plates and a lot of worries and complications like social media, school work, college, etc. I feel like some of the murals were just helping people get a better state of mind and have a better understanding of how to take on life which every student and child needs growing up.

I was walking around the area to see if I could interview a student to get their own thoughts on the mural and if it had affected them in any way, but most of the students were currently studying in the school at the time so I looked towards people who were inside the school who maybe I could grab attention off.

I took a few glances at the multiple murals wondering about the few questions we were supposed to ask ourselves is the who, what, where, when, and why. One thing I knew is that the fact they decided to put these messages on walls as murals like this is very clever because not only does it grab more attention from people but it also shows collaboration and teamwork to make these murals. Instead of a billboard or an advertisement for these messages to inspire people and students, they decided to make a form of art which I loved the thought of considering how appealing art is and how fun it is to figure out the message that the artwork is providing us with.

As I walked towards the gate I saw the guard sitting there on his phone. I’m guessing he didn’t usually get people to come up to him and speak to him so he had a lot of free time to just stare at his phone and do whatever he wants as long as he’s watching the gate. He spoke Hindi which wasn’t surprising but I translated all the questions to hindi and started questioning him.

I then continued to elaborate on the topic of murals by asking about who made the murals, I asked whether it was the staff or the students or even someone else who was hired to. The guard explained that it was a class activity in which the students joined the principal named Mr. Patil and created these murals as a collaborative experience.

With this question I discovered two things about the murals. Firstly, the murals must have been legal considering the school’s students made the murals and the walls are the schools anyways. Secondly, I finally knew that this was a collaborative experience so that could have been one of the reasons that these murals were even made.

I knew that he had a good understanding of the details of the mural so then I dove into the more personal questions about the target audience and purpose of the mural, to my surprise the answer wasn’t as I previously suspected. This activity was just to improve the image of the college and to make the walls look less boring. I then asked why these specific murals were chosen and the guard didn’t quite understand the question, he just repeated that the mural was there to make the school’s image look better. If I were to guess, I would say that the message the mural sent out didn’t exactly matter but it was more about how it would excite people and students who walk by.

I then got all the information I needed from the guard but I was trying to interview a student. Maybe I could find out a student’s perspective on if the mural has ever affected them in a positive way that encourages them to take on tasks and use their confidence and be more forward towards the world around them.

I took a look back at the murals and read the Hindi words painted across the wall and realized that not all of the messages are encouraging to the students but all of them were positive messages with a good impact in some way or another. One of the murals was about plastic waste and said “ Plastic thali jivsabthi vachva” which means to not depend on plastic bags in life and another said, “Nisarg Rakha” which translates to “Keep the nature”.

Then I knew that this wasn’t about a positive influence on the students but even the messages on the murals were based on the problems of the world and how we can help them by spreading a message and spreading awareness.  The messages spread by the murals were for everyone who passed them to be healthier, greener, and overall a better person. It shows the school’s message towards the children and how they want the student’s goals and mindset to be healthy and strong.

I also realized that just a slight glance while walking by or driving by and seeing it could just make someone feel happy and give them a different perspective when they’re going through a bad time. Like the mural where it showed different words like “creativity”, “happiness”, “justice”, and a few others and it said, “all in your head”, this felt really relatable and I feel like everyone in the world needs something or someone giving you that message and reminding you that the mind has everything you need and all you have to do is explore its knowledge.

Images for proof of what the murals say: 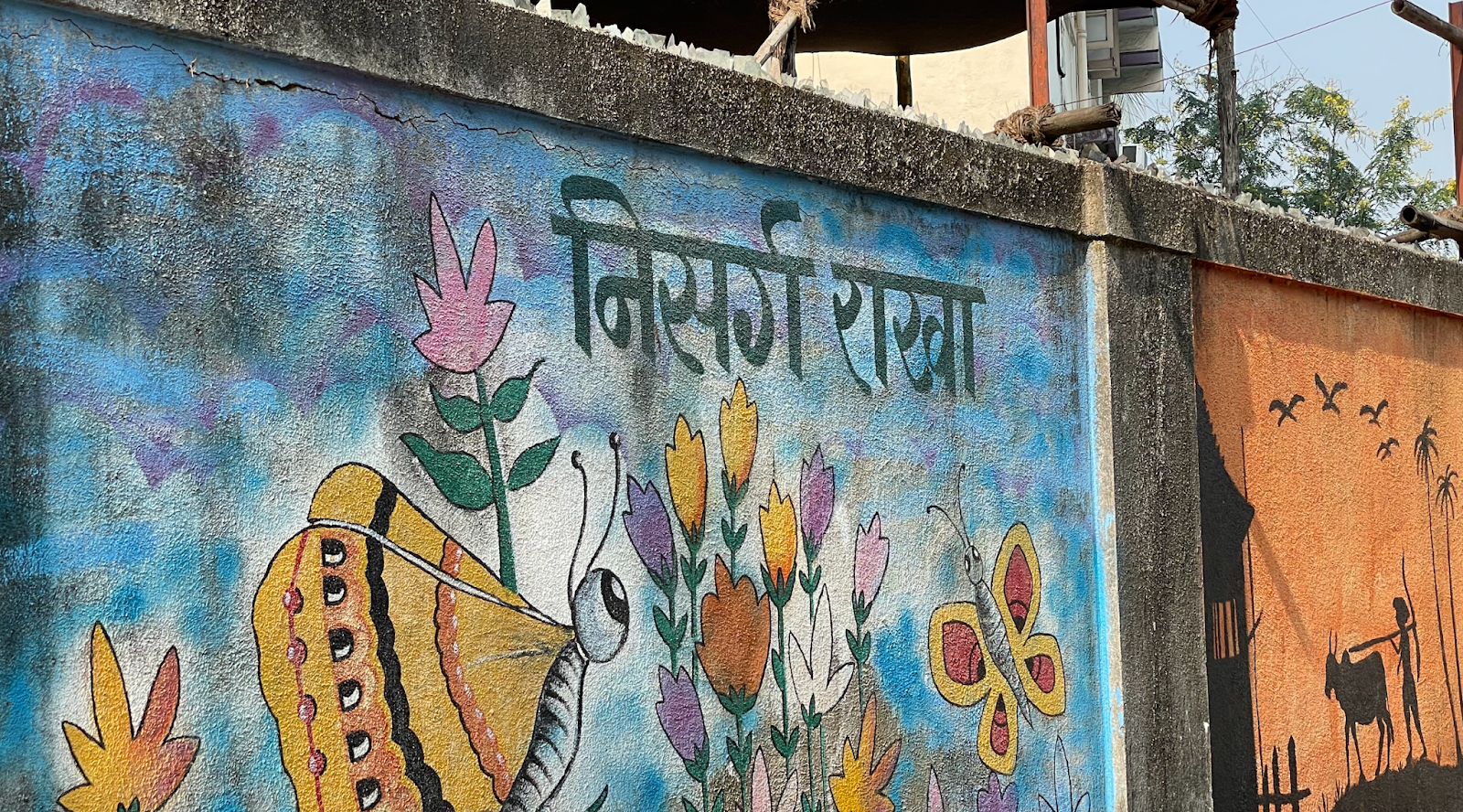 The Hijab Ban – Is There Space for Religion in Education?

Kanakia Paris – Investigating What Builders can do

Cafe Arpan, A Change In Society

Sakshi Kale - November 13, 2018
By Sakshi Kale A new cafe opened in August, known as Cafe Arpan. The cafe is run by the Yash Charitable Fund. It is one...